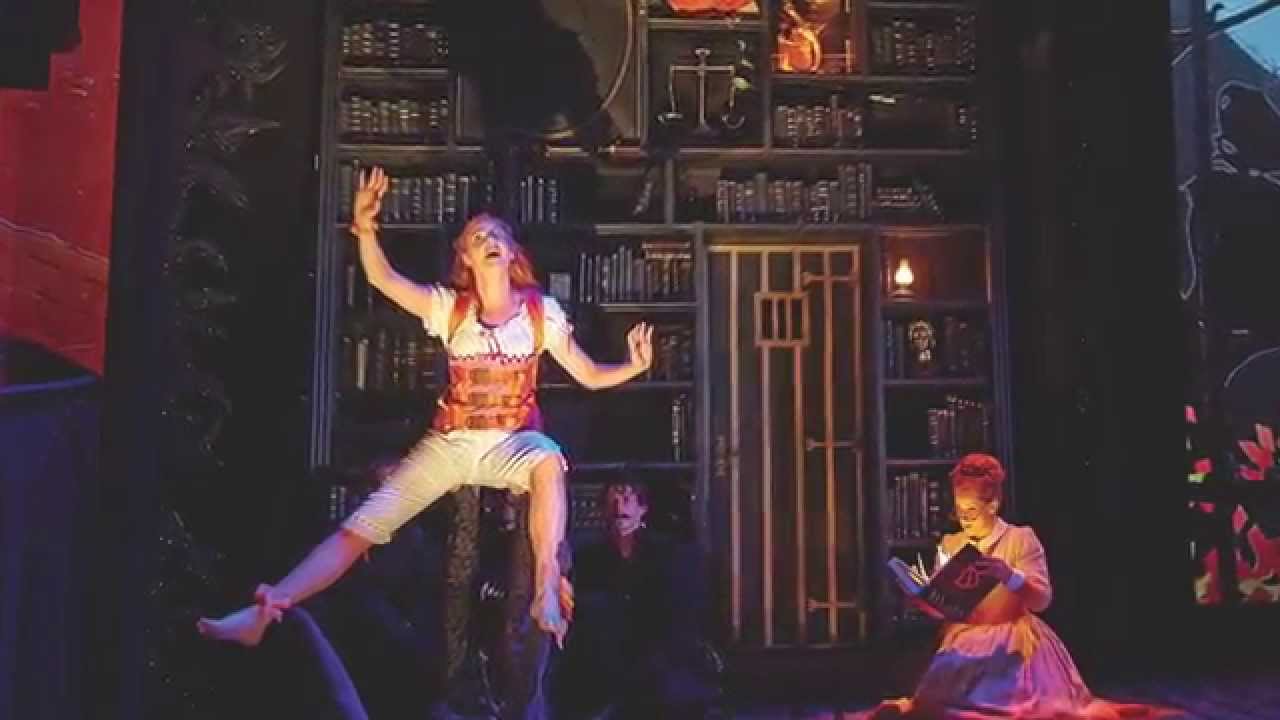 It was C. Lewis who wrote that he regarded MacDonald as his "master": "Picking up a copy of Phantastes one day at a train-station bookstall, I began to read. Read this book. Like Jerry Springer - the Opera and London Road, the two other original musicals developed under Nick Hytner's artistic watch but were not directed by him, and neither is this , there's a genre-busting integrity and intensity to the result.

Marianne Elliott, who previously collaborated with designer Rae Smith on two of the National's most exceptional plays of the last decade in War Horse and The Curious Incident of the Dog in the Night-Time, renews that spellbinding partnership. Their work together is a fluid and constantly visually ravishing display in Smith's bright pop-up toy theatre of a set that is full of playful transformations. But there are also strange contradictions in the prevailing mood that is established.

There's an underlying, almost unremitting earnestness to it: the story, based on a Victorian fairytale by George Macdonald, it may revolve around a princess called Althea who is untethered by gravity and is destined to float around her kingdom, but the show too often feels earthbound. The unconventional fairy story that has her falling in love with the son of the ruler of the neighbouring rival kingdom is part myth, part panto, and I couldn't work out what it was trying to tell us or who exactly the show is aimed at.

There are times when it feels Wicked-like or rather Wicked-lite , as if it has been rewritten as a new Into the Woods fairy story.

A gravity-defying musical comes to the New Victory Theater.

While Elphaba in Wicked famously sings of defying gravity, Althea desperately wants to experience its effects. Though Tori Amos's mostly sung-through score has some haunting refrains that have been stunningly orchestrated throughout, there's a heavy injection of Stephen Schwartz and Claude-Michel Schonberg-like ballads.

There's no doubting, though, the brilliance of an incredibly hard-working cast in animating it.

Best of all, Rosalie Craig -- who I've watched progress through the musical theatre ranks for some time -- emerges as a headline star in the title role, owning the stage in a fine, fierce visual and vocal display that has her singing upside down, sideways and in the air throughout. There's more flying than in Peter Pan.

Special credit, too, to the four acrobats who variously keep her airborne. She is superbly complemented by a committed ensemble that also includes powerful work from Amy Booth-Steele as her friend and confidant, Clive Rowe as her father, and Nick Hendrix as her lover. A lot of seriously committed work has gone into making The Light Princess, but it is ultimately an honourable, interesting misfire. This show about a floating princess feels ponderous rather than as light as air and never quite achieves dramatic lift-off.